MY WAY TO SUCCESS OF THE NEXT THING IN THE LIFE

My name is Pradeep Kale.This I about the experience in my first mun of Pune.We prepared a lot before going to mun. On very first day we went there we were at the entrance of bishop school.We saw the crowd and hustle bustle of delegates.There were security we were helping us going on other side of road.We entered the gate and the security was checking every one bags.We were nervous because we thought that no parer were aloud there.The atmosphere around us was fell with English words. So to adjust  to the atmosphere we to start speaking in English so we were adjust to atmosphere. Then every one was checked and was sent to the inner part of the bishop school.

We were amazed that the school has 4 sections and it can hold more than 1179 delegate.Then every one was searching their committee .My committee was United Nations human right council(unhrc)and I was representing south Sudan.Shahid committee was at the ground floor and then we explorer other rooms.Every one got their committee room I was the last person among my friends to get the committee .Then we met last time before we prosied to our committee.Then announced was made that “delegates pleased move to your respected committee “then all our group moved to our committee.I was allotted corner row seat when and I dint know about my seat delegate I only know that he or she was from south Africa then a huge small beard boy came and asked me “is there south Africa card” I said “yes”then he “said please get up”i said”sure”then he sat beside me and I asked me him”are you first timer”he said”yes”in front of us was a folders and a water bottle.The folder had a zip and I opened it.The folder consist of a pen,ten sheets of papers,some cheats.Then our chair person and sectary came in we all wish them. 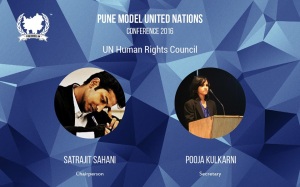 Then they introduced them to us and told how will committee  will posed for the day.They also tell about the motion,informal and formal debate etc.Then they told us how to speck from our country (for eg my country is south Sudan so I will speck  delegate of South Sudan)then our committee start.I was so scared so for some time I didn’t speck then the chair person then I introduced my country.Every one who had take part in a mun was specking. Then the rest class start speaking. Then the delegate of Yemen demanded for informal formal discussion then it was approved.Then our committee break started.I went out but there was no one who I know then from there Irfan came(my friend)then we posed to our lunch ground. Then after that our committee started our chair person and secretary we 10 minute late till that time we discussed about Paris attack that it was a genocide then our chair person came then with their help we posed to the conclusion that it was a part of genocide (crime against humanity)Then again we discus about what is genocide is we read the meaning of genocide by breaking down the each sentence.then high tea happen and last section happen and the day was end.

One another day they told us about what was to disuse through the day.I was more confident than the first day because i know what to do then we start our discussion every one was enjoining the session because the all know each other.On the first day no one know about my country problems.But in the last session i told the group about the problems in South Sudan and my group was interested  but when our chair person told us to make a resolution every one went to united states delegate because she was the most experiences in the committee. Then attention from my country move toward making a resolution but i understand i should include my country in the resolution. So to do this i told the united state delegate that “my country is facing genocide now and then so i need more peacekeepers and make this same demand to the security council”. Then the break happen and happen i met my friend Shahid and as his committee was late leaven so we roamed the school of the bishop. Then we ask everyone is this card yours everyone said no .The card was of my friend Shahid and we were fooling other.As my committee started again this time our Secretary directly started to disturbed certificate and he also told us to pass our country card every where because others delegate can write their felling blessing wises etc in it about them. So i also passed the card i also write on others people card .And at last we all stood on the benches to take photos. Our secretary and chair person toke the photos and a girl also toke a photos from her laptop. And we set out toward the hall where closing ceremonies was happening.Kashish Didi and all our Kilbil group started walking to the ground where the ceremony was taking place.When we reach there we started to wall in the hall the was very spacious and gigantic.When we entered there we saw all seat were empty and the set were getting crowded.Then we immediately started to go toward the seats where it was empty and sat down.Then the closing ceremony started.There were award and medals on the stages.Then the president of Pune mun.He told every one about his experience during this two days.As the secretory and chairperson of each committee has given the names of the people who where the best speakers of the committee.From our group we all know that the one who can win is Irfan because he had spoken most time compared to all of us. Ten finally no one of us won.Still we were happy and thrilled for our next mun because we at least got the idea of how mun happen.And we started to go to our home with our group.On the way to go out of the school we thanks everyone of the mun. Then Amit Bhaiya came there to pick us up. 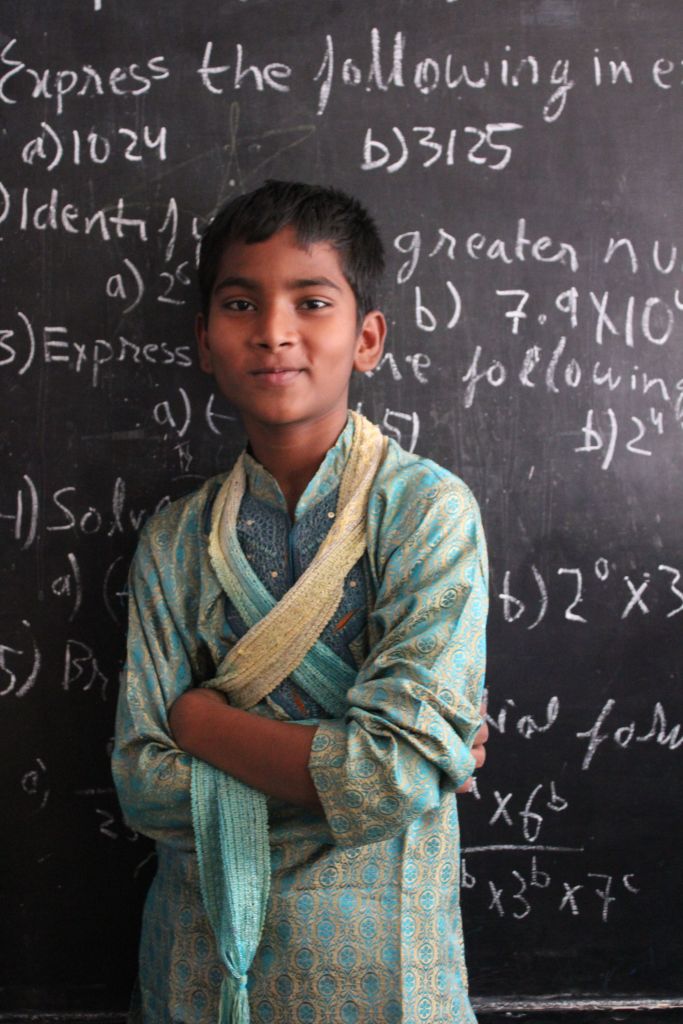 The mystery of the haunted house

it was a hot April morning . i was coming back from my classes when i passed by this old house which people in my area said was , ‘haunted’ apparently , weird noises could be heard during the night from the houses.
and i had to go in there.why? because i had lost a bet .i was very scared of
spooky places but they threw my limited edition football autographed
by Messi in there! had no choice but to enter the house! so,i went there and guess what i saw! a mouse and a cat fighting
January 23, 2016 0

Everyone has a dream,I to has a dream and I want it be success and i will show and prove it to my parents.i want to see their smile and proud in them.i want to see saying them “I’m sajjad’s something’ that feeling will be very precious to me.its my passion,my life,my dream and i want to achieve it.ii want to go out country and show hole world,and make my name famous.

And I WANT TO MAKE A DEVICE LIKE FOR STUDENTS WHO DOES NOT KNOW MATH [WORK MORE INTERESTING WITHOUT CALCULATE]  OR ANY SUBJECT IT CAN HELP WITH ANY THING.ITS SIZE WILL BE ANY TYPE OF DEPENDING ON ITS WORK.

I TO WANT TO MAKE A SOCIETY THAT WILL BE FOR THE POOR PEOPLE LIKE-ANYONE IS KICKING OUT HIS MOTHER,SOMEONES FATHER HAS DIED AND THEY DON’T HAVE ANY ONE TO EARN SALARY WILL STAY HERE.

I WANT MANY PEOPLE TO STAY WITH ME LIKE BODYGUARDS.THAT WILL BE A GOOD VALUE TO ME FROM OTHERS.

THAT IS MY WORLDS BIGGEST

THE FIRST PROBLEM OF ALL THE SMALL TO BIG CHILD

The first time the baby has been seen in the hospital when all the family arrives to see it,the first letter from all family comes ‘my son/daughter will become famous this or that”,they don’t cares what he/she want to become in the future.when the baby gets at 3,4 years old the first step of the parent to put there child in nice school.and he,she has the tension about leaving mom and going to school.leaving his school and spend his time with strange person is very annoying a child always.

slowly-slowly the person gets into higher level his problem and tension gates more high.always the weaker persons problems be his marks saying his parent”you get this much marks i will give this,and if not I’ll bang you. his/her worlds biggest problem till his/her study don’t get over or till you die.when they see the toppers their mind think that what they eat,drink.where they go to tuition.how if I’ll gets his/her mind or brain.what will i do to take a good marks.i want to prove to all my family.

what ever we drink,eat.whatever we joint the tuition,in exams all students wants to take good marks,but only toppers get good marks.why?