It was a stormy night .My 2 sisters and me went for a walk after my dinner.We took a small ball with us to train my little and sweet dog coco.Our parents were talking about how to save money.We all were enjoying.Suddenly our parents got lost.We started finding them. My pet coco found a smell which was not of a human.He followed the smell and we followed him.While following the smell he found a spaceship which was of alien.When we approached it the lights started shining and one of the alien came out with our parents.The alien was just to kill our parents.We requested not to kill them.They told OK but for one condition.We asked what is the condition.He told to help us to fight with a monster.First we said no but by looking at our parents we said yes.The alien kept our parents safely out of the spaceship door and it started flying.Our mother was anxious about us.After a while we were on their planet which was Jupiter.There was a huge castle in which aliens lived After entering the castle,I was shocked.Each and every alien was hectic in some work except for 2.The commander shouter on them and told not hesitate.They told us to rest for some time because we were fatigued.The next day they called us for breakfast.We got mingled in alien to help out them The commander told me that the monster is made of ice.I thought a lot but no idea came in my mind.Then one of my sister whose name was Sadhana told me that we can fight with the monster with acid .Then I got one plan.I shared my plan with commander and he told that these is outstanding.I was self assured about my plan.We made a puddle for the monster.After a week the monster returned.He was destroying everything that came in frount of him.Somehow I brought him near the puddle and 1000s of strong aliens pushed him in the puddle.The other group of aliens promptly put acid on him and he died.After finishing the monster i asked commander that why do you take me as a helper to you.He answered that you are bravehearted. Everyone was happy that the monster is died.We told the aliens that now that the monster is finished we want to go to our home.They told to close your eyes and say that there is no other place like house 3 times and you will be at your house.After opening my eyes I was in my home.Then I laughed on myself. Listening my sound my sister asked me what happened,then I told that I saw a perilous dream. 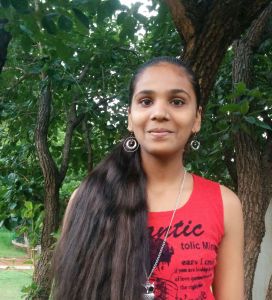